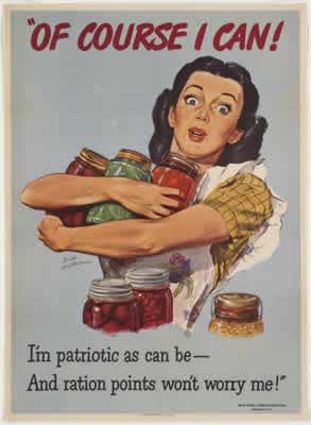 Rationing poster from from WWII

World War II saw the rapid mobilization of the US economy to fight the threat of the Axis in Europe and the Pacific. Such radical changes in the national economy tightened the food supply and basic supplies such as tires, hardware and other goods which consumers were used to finding on the shelves of hardware and grocery stores in their hometowns soon disappeared.

The need for raw materials and food for the far flung American armed forces led to the rationing system. This system was implemented as to car and truck tires in January 1942, barely a month after the attack on Pearl Harbor.