A great victory at Chickamauga 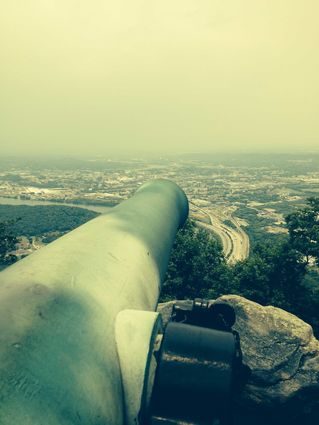 Gun emplacement on Look Out Mountain

At 10:15 am Bragg ordered a full frontal assault on the Union lines. As the frontal attack gained momentum Rosecrans made a fateful decision. At about 11 a.m., Rosecrans ordered General T.J. Wood to replace Brig. Gen. Brannan's division. In the confusion Brannan had not followed the order because the ord...