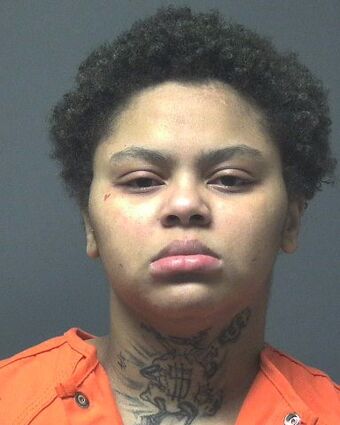 An Atmore woman is being held on $1.5 million bond following her arrest for trafficking cocaine, trafficking fentanyl, obstruction of justice and unlawful possession of marijuana II.

Kimbrianna Prescott, 26, with addresses listed on Braggs Road and Cypress Street, was arrested on Nov. 8 by a state trooper with the Alabama Law Enforcement Agency.

According to court records, Prescott was found in possession of a kilo of cocaine, a kilo of cocaine laced with fentanyl and marijuana near County Road 1 and Industrial Boulevard in Atmore.

Trooper Derrick Hodges also reported that when he approache...