Head-on collision on Highway 31 is under investigation 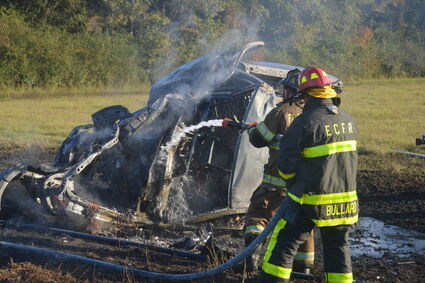 A fiery crash Sunday afternoon in Flomaton left three people dead as citizens tried to free one victim from a burning vehicle before it burst into flames.

Christopher P. Bell, 41 of Flomaton, Alfreco Lett, 50, of Century and Shannon P. Lucas, 48 of Flomaton were all pronounced dead at the scene of the 3:20 head-on collision near the 58 mile marker on Highway 31 inside the Flomaton town limits, according to information released by the Alabama Law Enforcement Agency.

Witnesses said Lucas was headed south on Highway 31 when his 2017 Dodge 1500 pickup veered across the median of the four-lane h...