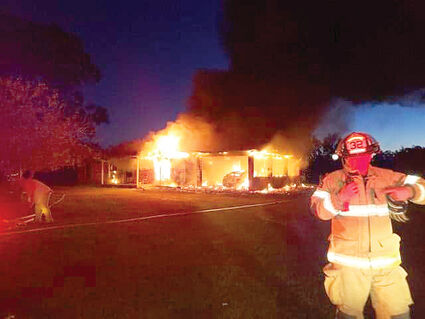 A car fire ended up destroying a home; a space heater caused a fire and a possible electrical fire had firefighters busy over the past week with no injuries reported.

Flomaton Fire Chief Steve Stanton said when he arrived it appeared the fire started at an electric space heater and the blaze had climbed the wall and headed toward the attic.

Flomaton, Friendship, Lambeth and Century fire departments responded and had the fire out in about 20 minutes.