Mathis says Century is being left out 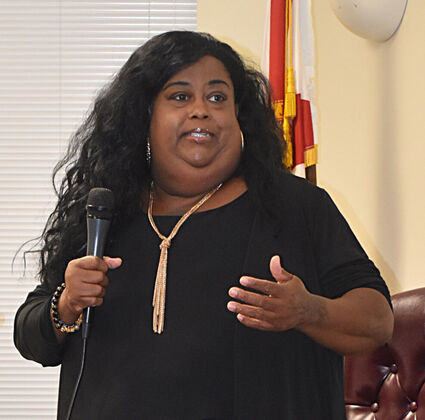 At the Century Council meeting Tuesday, Pensacola resident and Democratic candidate for District 1 seat in the Florida House of Representatives. Franscine Mathis spoke to citizens about their concerns for the town.

Mathis is vying for the seat a second time in the Nov. 8 General Elections, losing with 34 percent of the votes to Republican Incumbent Michelle Salzman in the 2020 General Election. Salzman is seeking re-election.

"I've been talking to the people of Century," said Mathis. "Things that I'm talking about are things they are ready to talk about."

Mathis' mother was born and raised...