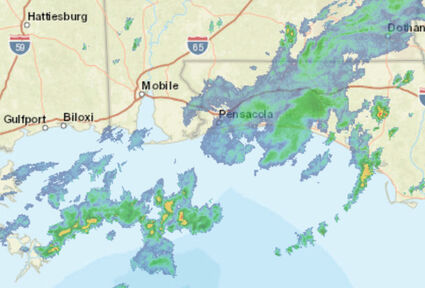 Adams said the National Weather Service sent out an update concerning a tropical system in the northern Gulf of Mexico that will affect this area for the rest of the week.

Adams said to expect heavy rains and possible flooding as the storm passes through. He also said people need to be cautious while driving.

"Potential heavy rains appear to be the biggest threat," Adams said Wednesday. "The tropical depression stalled in the gulf but is expected to turn north."

Adams added the National Weather Service said there was a very low chance of the storm becoming a hurricane before landfall.

Adams said people need to stay tuned to radio and television stations to get the latest updates.

"Things can change in a matter of minutes," Adams said. "I think we've all gotten used to storms doing different things."