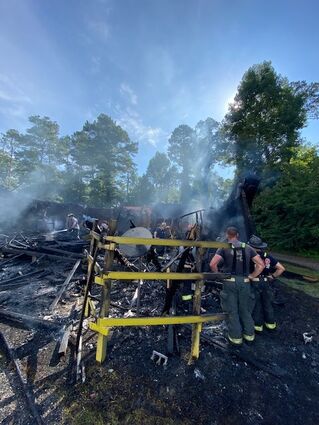 Brewton firemen try to put out flames at Sportsman Park

The state fire marshal's office and the Brewton Police Department are investigating three back-to-back-to-back fires last Thursday morning with the first being called in shortly before 7 a.m. at Sportsman Park that destroyed the pavilion-lodge that has been there since the 1930s.

Brewton Fire Chief Jeff Salter said shortly after the fire at Sportsman Park, firemen were dispatched to an abandoned house on fire on Martin Luther King Drive and then to an old church on Dacus Street.

Salter said the three fires so close together took its toll on firemen with one being transported to the hopsital...