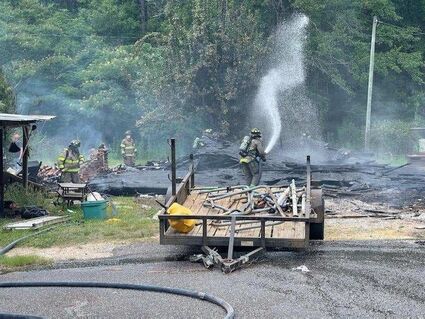 Firefighters put out debris fire after saving nearby homes

The quick response of the Flomaton Fire Department is credited for saving two homes after a debris-burning fire got out of hand Friday afternoon.

Flomaton Fire Chief Steve Stanton, who was out of town, said the firemen did what they were trained to do and prevented the flames from engulfing a house and a mobile home. Firefighters from Flomaton, Century and Lambeth responded and were able to contained the fire.

Stanton said the house and the mobile...