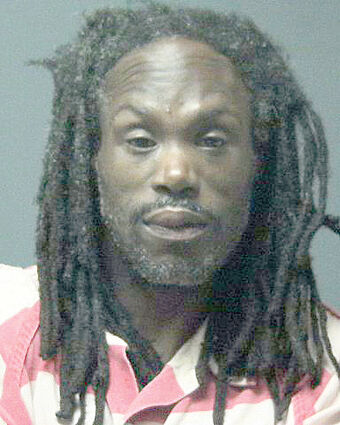 An Atmore man is being held on $1 million bond after he allegedly fired a shotgun Saturday morning into an apartment full of people, including three who were children, with three people being hit by pellets from the gun.

Kelvin Bernard Cooper, 45, 69 Ann St., was arrested and charged with nine counts of attempted murder, nine counts of reckless endangerment, 10 counts of making a terrorist threat, one count certain persons forbidden to possess a firearm and one count of unlawful possession of a controlled substance (crack cocaine).

According to reports released by the Atmore Police Departme...