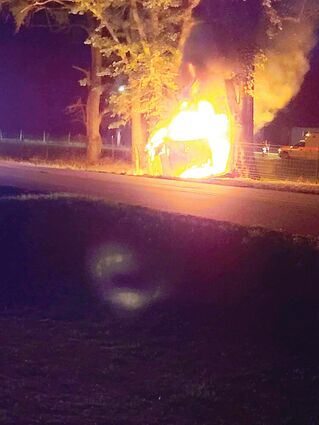 A Flomaton man died and a Flomaton woman was airlifted from the scene of a fiery crash early Friday morning on Old Atmore Road near the intersection of Tulip Road.

Jacob Maulden, 24, was pronounced dead at the scene after being trapped inside the burning vehicle. The driver of the vehicle, Emily Taylor, 21, was flown by helicopter to Sacred Heart Hospital and later released.

Flomaton Police Chief Chance Thompson said dispatchers received a call at 1:27 a.m. on May 13 of a single-vehicle crash on Old Atmore Road, which is located within the police department's jurisdiction.