Brewton man with prior drug felonies flees sheriff's deputies; crashes and takes off on foot 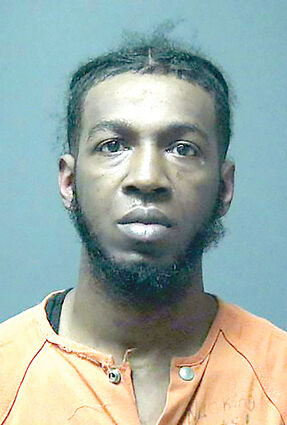 A Brewton man with prior drug arrests now faces multiple charges after fleeing law enforcement, hitting another car, crashing and then fleeing on foot.

Escambia County (Ala.) Sheriff Heath Jackson said a deputy initiated a traffic stop April 2 on Hardy's vehicle on Highway 41 past the Brewton Municipal Airport and near the Alabama-Florida line.

Sheriff Jackson said Hardy pulled over and stopped, but then spun around and hit a northbound vehicle before fleeing toward East Brewton.

Jackson said when Hardy reached the East Brewton city limits he ran into a ditch, through two fences and hit a tree. Hardy then fled his vehicle on foot.

The sheriff's office's K-9 officer was able to track Hardy and officers found him hiding under a house, where he surrendered.

Court records stated one deputy in pursuit of Hardy after he fled the vehicle was injured while scaling a 10-foot wooden fence. Sheriff Jackson said the deputy was transported by ambulance to D.W. McMillan Memorial Hospital and later released with injuries to his knee.

Hardy had previously been arrested in July, 2021 on multiple charges of drug possession and distribution that include cocaine.

During a bond hearing Monday, April 4, Hardy told District Judge Eric Coale he had no job or income and requested a court-appointed attorney. Judge Coale set his bond at $150,000 and appointed the public defender's office to represent him.