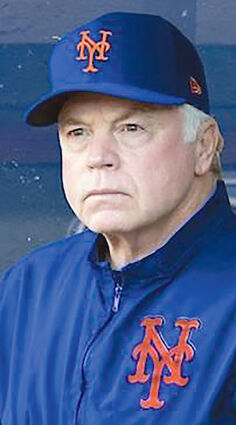 Century's Buck Showalter, known as 'Nat' by friends and neighbors in the Century area has been named the new manager of the New York Mets.

Showalter is a 1974 graduate of Century High School and began his post high school baseball career at Chipola Jr. College and later transferred to Mississippi State.

At Mississippi State, Showalter was an All-American and set the school's record for batting average in 1977 batting .459.

He played several years in the minor leagues and eventually started his coaching career. After coaching in the minors, Showalter held his first major league coaching job...