Already jailed for child neglect; arrested for sex abuse of a child 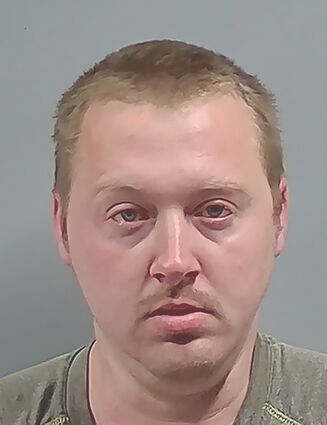 A Century couple who were arrested Oct. 20 with two other individuals for child neglect due to the living conditions of the property now each face felony charges of sexual abuse in the home.

An investigation of sexual battery began after a victim who lived with the couple disclosed to a school friend that she had been raped by Michael Tedder. The report said the friend informed an adult at the school who then made a report to the Department of Children and Families and the Escambia County Sheriff's Office. An investigation of the allegations began and it was determined that the abuse had taken place between January 2020 and October 2021.

Michael Tedder denied all allegations of sexual abuse. Authorities found probable cause to arrest Michael Tedder, his wife, Tabitha, and two others at the residence for child neglect based on the living conditions on Oct. 20. He was charged eight days later with the sexual abuse charge with no bond pending first appearance and no contact with the victim or witnesses.

Tabitha Tedder had been arrested Oct. 20 with her husband, Michael, for child neglect. Tabitha was charged with felony failure to report child abuse Nov. 5 after text messages between the victim and Tabitha, during transport of the children when they were picked up from school Oct. 20.

The report stated the victim texted Tabitha, "We r in the back of a police car hesding hime" and "what is going on". Tabitha replied "D.h.r. is here and they took ****a out things that Mikey did too and they want to talk to u also about they make try to took y'all it is according to what iu tell them". Tabitha further texted "Please say u know nothing or saw nothing."

The victim texted, "Ok I will. What if they no and they take me too omgg im so scared". Tabitha texted back, "They want to ask u just lied if u have to wrnu."

The report said following Michael's arrest, Tabitha contacted the officer by phone asking for details of the investigation and he told her it was on-going so he could not release information to her. Tabitha did not inform the officer at that point that she had any prior knowledge of Michael's actions. 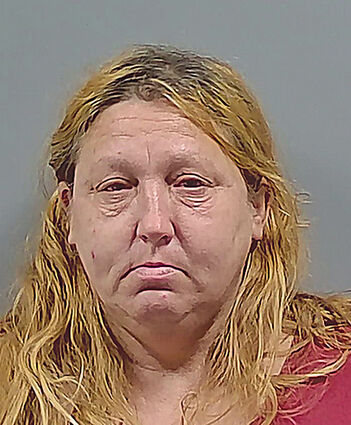 On Nov. 2, an officer observed the in-car video recording of the conversation by text and saw that the victim contacted Tabitha by phone after she arrived at the Century Sheriff's Office precinct. During the conversation, the victim worriedly told Tabitha that a rape kit would be performed on her. Tabitha told the victim to lie and "give them the name of a boyfriend," according to the report.

At no point during the investigation did Tabitha report her knowledge of Michael's sexual abuse of the children to DFC or law enforcement. Tabitha's actions instilled a fear of reporting in the victim, which delayed investigation of the alleged sexual abuse by Michael Tedder.

Michael Tedder remains in the Escambia County Jail in Pensacola with no bond. Tabitha Tedder was given a total bond of $17,500.