Sex offender is back behind bars

Hartley charged with sexual battery; once told a judge he violated SORNA law on purpose 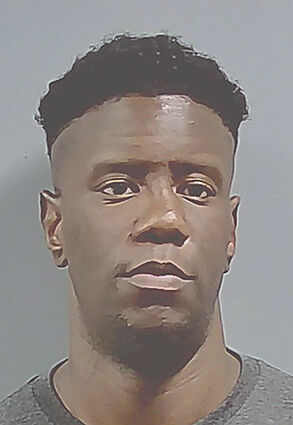 Antonio Dywone Hartley, 28, with addresses listed in Atmore and Century was jailed on $10,000 bond.

Court records show Hartley was originally charged in 2013 with rape II and sodomy II and has been charged with violating the Sexual Offender Registration and Notification Act (SORNA).

He had at least two SORNA violations in Escambia County, Ala., and was most recently convicted in October.

On Jan. 26, 2021, during a bond hearing for a SORNA violation in Escambia County (Ala.) Circuit Court before Circuit Judge Todd Stearns, Hartley told the judge he intentionally violated SORNA in hopes of staying in prison until he was released to avoid having to register as a sex offender.

That violation came when Hartley registered his address with the sheriff's office as 309 Dailey St., Atmore, but failed to notify officials of an address change. Bond was set at $250,000 on that case.

He was convicted of a SORNA violation on June 24, 2016. Another warrant was issued for his arrest on Oct. 5, 2021 for a probation violation.

According to reports filed by the Escambia County (Ala.) Sheriff's Office, Hartley was arrested Monday on the sexual battery charge for allegedly having sex with a woman against her will inside her home.

Hartley told the deputies that he had been in the victim's home 'a bunch of times' and admitted he had sex with her but didn't say it was against her will. He also said he entered the home through the back door.

The victim told officers Hartley entered her bedroom, got undressed and crawled into her bed. She told the officers she told Hartley no and that he needed to leave. She said Hartley then held her down and forced himself on her while she kept telling him no.

Hartley told the officers the victim got mad after they had sex.

Witnesses also told officers they received text messages from the victim telling them she needed help.

When one of the witnesses arrived and entered the victim's bedroom Hartley was standing behind the door in his underwear getting dressed.