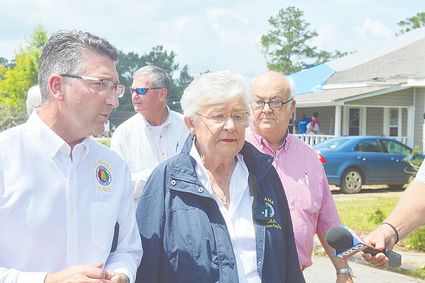 The major damage was in East Brewton just east of W.S. Neal High School toward Highway 29 where a trailer park was destroyed. Severe damage was also reported on Riddle Road off of Kirkland Road. While there were several injuries reported no deaths were reported.

He said when first responders arri...