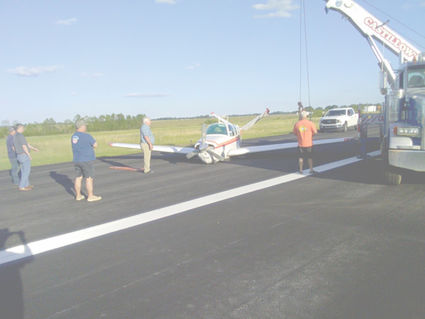 The Federal Aviation Administration and the National Transportation and Safety Board are investigating airplane crashes that occurred last Friday and Saturday at the Atmore and Brewton airports respectively.

Freddie Wayne McCall, Jr., manager of the Atmore Airport and manager and Fix Based Operations owner at the Brewton Airport, confirmed the crashes and the investigations. McCall said there were no injuries in either crash but both aircrafts were severely damaged.

McCall said the crash at the airport in Atmore occurred about 4:15 p.m. Friday when an airplane apparently had a malfunction and landed with its tires and landing gear up and landed on the runway on its belly. McCall noted there was no property damage to the airport.

McCall said Saturday another airplane crashed on the runway at Brewton. Again there was no property damage other than to the airplane.

"Both crashes are being investigated by the FAA and the NTSB," McCall said.