'No tolerance' on bus stops 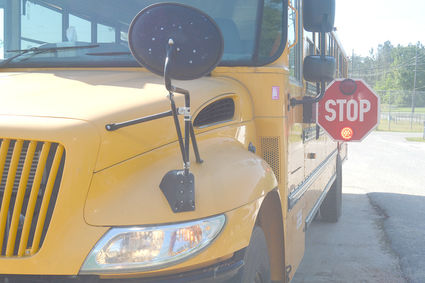 Flomaton Police Chief Chance Thompson is issuing a warning: there will be zero tolerance for motorists passing stopped school buses while the bus' emergency lights and stop sign are visible.

"We have received numerous complaints in regard to vehicles passing buses while they were stopped to load and unload children," Thompson said. "This is very unacceptable and against the law."

Thompson noted that Alabama law requires the driver of a vehicle to stop while either approaching or passing a school bus that is stopped with emergency lights flashing.

A first conviction of passing a stopped school bus can lead to a fine of up to $300 plus court costs. A second conviction and the fines increase to not less than $500 and the guilty party will have his or her driver's license suspended for 30 days and they will be required to perform at least 100 hours of community service.

"It may not seem so important to some, but anything can happen," Thompson said.

Thompson said some buses are equipped to transport handicapped students that include a hydraulic arm that lifts children to and from the ground.

"Imagine a vehicle accidentally hitting that bus while loading a child or worse, hitting the child," Thompson said. "The Flomaton Police Department will have zero tolerance involving danger to our community's children."