Cause of shed fire unknown 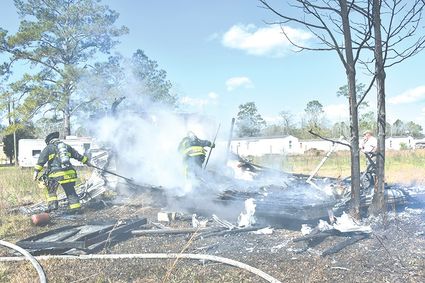 Escambia County (Fla.) Fire Rescue received a call about a fire about 10:16 a.m., Thursday March 18, and arrived to find a 10-foot by 20-foot shed on Ivy Street in Century fully involved.

According to Century Fire Chief David Adams, the building was mostly collapsed when the first engine arrived on the scene. Adams said the cause is under investigation by the state fire marshall. In Florida, a cause of a fire has to be determined.

It took firefighters about 10 minutes to extinguish the structure. Flomaton Fire assisted in getting the blaze under control. Personnel from McDavid and units fro...