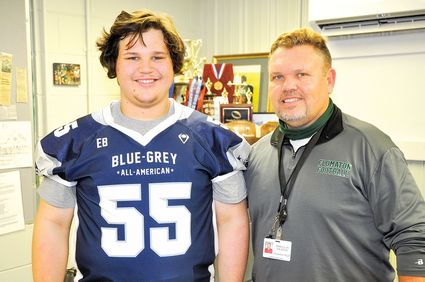 Flomaton High School senior Riley McMorris was a member of the 2018 Flomaton High School state championship team, but didn't play in the title game at Jordan-Hare Stadium in Auburn. Although he was in awe when he walked into that stadium, that awe drew larger Jan. 18, when he walked into to the Dallas Cowboy's AT&T Stadium as a player in the Blue-Grey All-American Bowl game.

"It was awesome, just walking into that stadium," McMorris said. "It was just awesome."

McMorris has been a starting offensive lineman for the Hurricanes the past two years and was named to two All-State teams in 2019....