Morrison is still looking for justice in Rhonda's murder 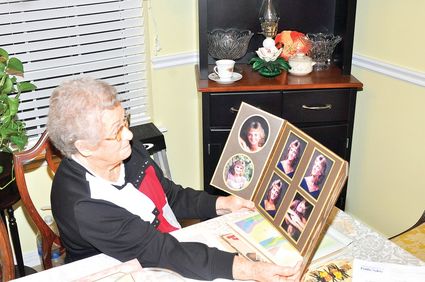 Mrs. Morrison looks over old photos and files of her daughter Rhonda

Rhonda Morrison's murder and the events following it are Monroeville's other lesson to the world about the problems with our legal system. The unsolved homicide put the city front and center before the world via popular television news shows. Books were written and a popular movie with A-list actors was recently made detailing the investigation.

It is engrained in the town's culture.

There is no need to re-litigate all the details of the story. Morrison was murdered Nov. 1, 1986 while working at Jackson Cleaners. After a lengthy, convoluted and controversial investigation, Johnny D. McMillian was accused of murdering Morrison, found guilty and sentenced to death. In 1993, McMillian's conviction was overturned and all charges were dropped. The key people involved in the investigation and prosecution are now dead, retired or have moved. Everyone in town knows someone who knows someone who knows the identification of the murderer.

There are numerous theories regarding Morrison's death, ranging from the plausible to the absurd. But facts are facts, and the fact remains that Morrison has been dead since that fateful day 34 years ago, and her murderer has eluded justice for just as long.

Morrison's mother, Bertha, will not rest until justice is served.

Bertha Morrison lives in a quiet neighborhood in Monroeville. Her house is neatly kept and it is what you think of when you think of your grandmother's house. It's welcoming and comfortable. The 78 year old is not the easiest person to catch up with because she stays busy helping out around the community. It's in her nature to help if someone needs it.

Morrison has slowed a smidgen lately to undergo tests for a few health problems, but remains pretty upbeat and tries to keep up with her busy schedule as much as possible.

As busy as she is, she always has time to advocate for her daughter. Morrison and her late husband, Charles, gave everything they could to the investigation of their daughter's death and the subsequent judicial proceedings. They answered all questions and offered any help to investigators. They kept their house open to anyone trying to solve the case.

Morrison still keeps her house open to those involved in the investigation. Unfortunately, no one has stopped by in many, many years.

She gives her time freely. When asked about her daughter. she will tell you that she is OK to talk about it, but she still gets emotional sometimes because she cannot figure out how her daughter's killer has escaped justice for 34 years.

When you meet Morrison, it is immediately clear that she is a straight-forward person. She maintains eye contact when speaking and you never get the feeling that she is trying to avoid a question. When the conversation turns towards the investigation into her daughter's murder, you notice that her eyes begin scanning you to determine whether you are telling her the truth.

Of course, she has the right to be suspicious.

She's been mislead and in the dark regarding her daughter's death for 34 years.

Morrison states that she told investigators about a person who she believed had important information due to that person's proximity to the events surrounding her daughter's death. She said that her idea was quickly dismissed by investigators, which led her to think that they had a rock solid case against someone.

She later learned that all the bluster and confidence was misplaced.

Morrison said that at one point she really didn't know what to believe. A few years after McMillian was convicted, she started getting different accounts of everything regarding the crime. Soon thereafter, state investigators explained to her that the wrong man was sitting on death row.

"We didn't want that man to die for something he didn't do," she said. "This [the investigation] was so misrepresented. It was a big screw up for my child."

She said she felt empty when she was told in 1993 that her daughter's killer was still out there. She is still bothered by the fact that it was a state investigator that called to tell her all this. Not the sheriff, not the local investigators, not the district attorney.

"They knew us and had been involved with us, but none of them came and talked to us," she said.

She said that she really didn't have any strong emotions when she was told that her daughter's killer was still out there avoiding justice.

She was just empty.

Since 1993, she and Charles stayed busy trying to keep the investigation open and active.

"We have not let this go idle," she said.

The quest for justice for her daughter led her and Charles to Montgomery on many occasions.

They spoke with former Gov. Don Siegelman about the case and also tried to speak to former Attorney General Troy King about the investigation. Morrison said they had an appointment to speak with King, but were instead given one of his subordinates, which did not go over well.

She and Charles also spoke with investigators in Montgomery on numerous occasions. At one point, she was told that all the evidence in the case was thrown in a box in the corner of a room. She was bothered by the blasé approach to the investigation since 1993.

"I thought, 'well, how would you feel if it was your daughter and the evidence was pitched in a corner of a room.'" she said. "This is our child. This belonged to us. Not you."

Morrison said she feels like law enforcement was not as responsive once the charges were dropped against McMillian. She claims it's been quite a while since she spoke with any officials about the case.

She stated that the last time she spoke with an official about the investigation, she and Charles went to the district attorney's office. She thought the meeting was unproductive, just like almost every meeting she's been in since 1993.

Monroe County Sheriff Tom Boatwright was still in high school when Rhonda Morrison was murdered. Boatwright was elected sheriff in 2018 and inherited Monroe County's most infamous investigation. He stated that the State Bureau of Investigation (SBI) has the case and has had it for many years. He directs questions about current developments in the case to the SBI because they are in the best position to give updates.

"I feel terrible for the Morrisons," he said. "I can't imagine what it is like to lose a child and to not have any answers for so long. Although the SBI has the case, anyone with information regarding Rhonda's death can certainly call my office."

The SBI stated that the investigation is open and active. It asked that anyone with any information about the case to please call its Thomasville office at 334-637-0131.

Although the investigation is technically open, Morrison is worried that those in charge of investigating the crime have moved on from the investigation. She wants to know what, if anything, is happening. She is tired of being in the dark.

"They could talk to us anytime," she said. "My house is open. It's like you were not supposed to know anything and so many times Charles and I would wonder why can't they come and talk to us. This belongs to us."

She knows that even when the killer is caught, it will not bring back her daughter. It will not lessen the sting one bit. It will not change anything, except that justice will finally be served and that the person responsible will finally have to answer for all the pain they caused her family, McMillian's family and the community.

Morrison is a woman of strong faith. Her faith carried her through her daughter's death and Charles's death in 2018. Her faith has helped her carry a sadness since Nov. 1, 1986 that few can comprehend.

She relies on that faith every time she talks about her daughter, hoping that some information is discovered that will lead to a break in the case. Morrison takes the time to walk you through everything she knows about her daughter's death, including who she thinks might know something about it based on events that unfolded prior to and immediately after the murder.

She will move heaven and earth to obtain justice for her daughter.

But she is tired.

"We were robbed of all of this," she said while looking at photos of her daughter.

She is also tired of wondering if the murderer will ever have to look her in the eye and tell her why her daughter was murdered.

And she is especially tired of waiting. After all, it's been 34 years, one month and 23 days.

Morrison is now taking action to try to find her daughter's killer. She plans on starting a media blitz to pique interest in the case in hopes of jogging the memory of someone who might know something important.

She plans to start a petition to give to the governor and attorney general asking for whatever help the state can give in finding her daughter's killer.

She also plans on offering a reward.

When asked why she is doing all of this now, Morrison explains that since Charles died, it is up to her to make sure this dark chapter in Monroeville's history is not forgotten, and that justice is served for her daughter.

"We went to every trial and hearing," she said. "I was Rhonda's advocate and I still am. I still speak for her. There are a number of things I'm going to try. I'm not going to sit by. This is my child."

Her goal is to leave no stone unturned, spare no effort and shine a light into the darkness. She understands that this could be a needle in a haystack situation.

But the needle is there, and it will be found.

Morrison hopes that solving a case that is 34 years old will give hope to families in the area who lost loved ones to violent crimes and have not had justice. 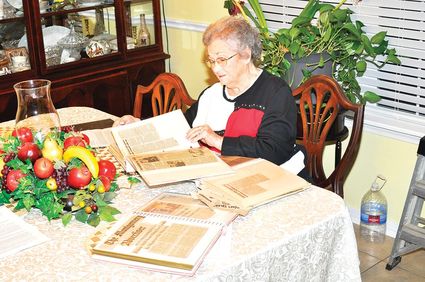 "There are other cases that have not been solved," she said. "That is some mom's child, someone's sister, or someone's mother. You don't push someone's child under the rug."

Someone knows who killed Rhonda Morrison. And it continues to cause grief to an already grieving mother, it put an innocent man in prison and it tore a community apart. It's time they come forward.