Early voting kicks off across Florida 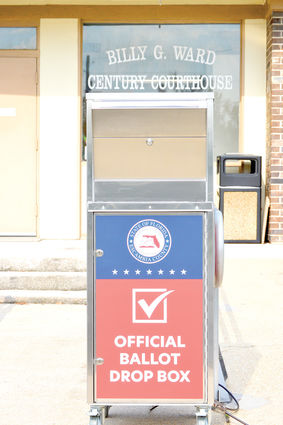 Mail-in ballots can be dropped off at Century courthouse

Through the first two days of Florida's early voting for the Nov. 3 General Election, 156 ballots were cast at the Billy G. Ward Courthouse in Century and another nine mail-in ballots were collected from the dropbox outside the building.

Florida's early voting kicked off Monday and will continue until Oct. 31. The early voting precincts will be open from 7 a.m. to 7 p.m. each day, including Saturdays and Sundays.