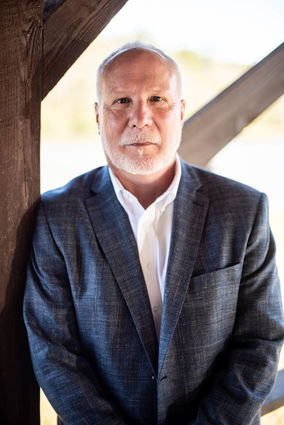 Walnut Hill resident Ed Hudson spent 34 years in law enforcement and was an investigator trailing Century resident Freddie Crow and his marijuana-smuggling operation from Belize in Central America to the Florida gulf coast which helped lead to arrest of Crow and others.

A friendship developed between Hudson and Crow after Crow's conviction which prompted Hudson to write a book. Entitled 'As the Crow Flies, a Redemptive Story of an International Drug Smuggler' will be released on Sept. 1.

After Crow's death in February, 2016, Hudson attended Crow's memorial service and was asked by Crow's family members to write a book.

Hudson said he had always thought about writing a book and began 'dabbling' in writing Crow's story after the memorial service and struggled putting it together.

“I had written a few chapters and really didn't know what I was doing,” Hudson said.

In the fall of 2016 a hurricane hit near Panama City and Hudson went to the area to lend a hand with the clean up. That's where he met the Rev. Eddie LaFountain, pastor of the First Baptist Church in Mexico Beach.

Hudson said prior to Crow's death, Crow had given him two $20 bills for helping him clean up around his house.

“I kept carrying those two $20 bills waiting on the right time to spend them,” Hudson said.

He learned that the Rev. LaFountain had opened his church as a distribution center for food and other supplies for those damaged by the hurricane.

“I gave him those two $20 bills and some more,” Hudson said. “I felt like it was for a good cause and Freddie would like to see the money spent that way.”

Hudson said he told the Rev. LaFountain the story of Crow and how their relationship changed into a friendship.

“Telling him the story made me realize just how good of a story it was to tell,” Hudson said.

He said when he sat back down at the typewriter, words began to flow.

He said it's a book about redemption and that people are responsible for their actions. He also said it's a story about how decisions people make affect more than the person making bad decisions.

“Sometimes we all look at criminals as evil and unforgiving,” Hudson said. “Freddie knew the consequences of his actions affected more than just him.”

Hudson said the forward to his book was written by George R. Dekel Sr., who is the brother of Billy Dekel, Crow's last partner in the drug-smuggling operation. George Dekel is better known as the prosecutor who sent Ted Bundy to the electric chair.

“I hope people enjoy the book,” Hudson said. “The best part is in the end. The book is about the consequences of the decisions we make. I hope people are able to see the comfort of accepting Jesus Christ, not only in life, but in death as well.”

Hudson, 61, is a native of the Walnut Hill area and a 1976 graduate of Ernest Ward High School. He received an associate's degree in law enforcement from Pensacola Junior College and received his bachelor's degree in criminal justice administration from the University of West Florida. 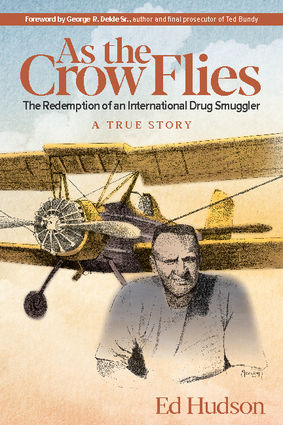 Hudson began is law enforcement career in 1980 with the Century Police Department. A year later he joined the Escambia County (Fla.) Sheriff's Office and patrolled the north end of the county until 1990 when he transferred to the sheriff's office's narcotics unit.

In 1993 Hudson was hired by the Florida Department of Law Enforcement and in 2004 was promoted to the FDLE's special agent for the Pensacola area. Hudson retired from law enforcement in 2014.

Hudson said his book will be available on Amazon on Sept. 1 and pre-orders from Kindle are available now.

Hudson said he will have books for sale and hopes to have some book signings in the area, but noted COVID-19 limits him to setting dates, but will announce those dates later.