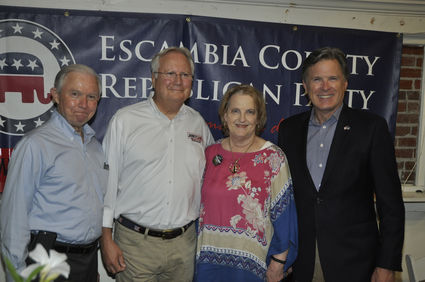 Three of the four Republicans who will be on the July 14 runoff ballot in Escambia County (Ala.) gathered at Hour Glass in Brewton Monday night, with Tommy Tuberville absent, as they presented their thoughts and ideas on the upcoming election.

Sessions, who stepped down from the Senate to become President Trump's attorney general, called out Tuberville for not wanting to debate him and acknowledged the pr...