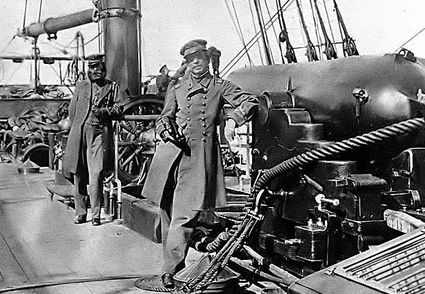 American society is in free-fall. Nevermind we are enduring a pandemic the likes of which hasn't been seen in a century, but we are also confronted with riots, looting, protests and the chaotic scream of voices on the national level that drown out any logic or reason or dialoge between participants.

Let me set it straight right out of the gate, I oppose what happened to George Floyd. Furthermore, I oppose violence, brutality, corruption, cronyism, nepotism and a host of other "isms," in our world.

Yet for some to take the position that a man's death at the hands of another warrants the destruction of another's property (who had no connection to the violence) is absurd and is only an excuse to pillage and plunder. What's worse, is politicians who bow to the mob and allow them to intimidate them into meeting their demands. In my opinion, politicians in places like Minneapolis, Washington DC, and Mobile, who relented to groups who have made demands, under the threat of violence, have lost all legitamcy to run their cities.

In Mobile, a local official in the Sons of Confederate Veterans, stated that he was led to believe, by elements in city government that the Admiral Semmes monument was not under a threat of change. According to this official, the person in the Mobile city government assured him nothing was planned. Yet later, the mayor of Mobile had the statue removed during the dead of night. In the process did he violate Alabama's monument protection law?

Did someone in the city government discover a loop hole that made the removal legal? If so, this hasn't been stated in the news media to this writer's knowledge. Some would call the actions of some of these politicans around the country as "politically expedient," Some call them hypocrites, others call them cowards. Yet some opnions are worth more than others in 2020. However it pays to remember that some mayors are up for reelection this year and voters should consider removing politicians, instead of monuments, through the use of the ballot.

Some on the side of the protestors take the position that to oppose them on any of their points makes the opposing party a racist. This simply isn't true. If good people fail to call out wrong because they are afaid of being labled racist or evil by other groups, then this country is at a dangerous cross roads. The Soviets used to label people "enemies of the state," now in this country they label them "racist" if they oppose the positions of the Left. Opposing looting, riots and opposing the removal of one's history is not the same as being in the same camp as racists and extremist groups. Wake up people!

Furthermore, it's a slippery slope if every disagreement with people who don't see things the same way results in them being labled as something evil. Yelling in the face of one deemed to be an opponent and calling them names; while having no clue about history, accomplishes little. Re-writing history from an extreme world view without considering other view points is no different than what some of these groups accuse facists of doing. Dialogue and debate was among the things that made the Greeks of the ancient world great. The debates over the Constitution and the Bill of Rights was what made these early documents the light in a dark world that they have become.

Destroying and removing monuments, ANY monument to history is a mistake. In one instance, a monument to a Polish officer who raised and equipped the first battalion of free black soldiers during the American Revolution was vandalized. What is accomplished in such actions? No one's opinion is changed, in some cases, opinions become entrenched and the voices of the looter or those conducting the vandalizing will never be respected by anyone who is opposed to criminal mischief and mayhem.

Several years back someone said to me, "I really don't care if they take down Confederate monuments," to which I replied, "Don't worry, just be patient, ideological extremists will get around to something you do care about." Indeed this has happened; monuments to the Founding Fathers, civil rights leaders, World War I memorials and even churches have been burned, vandalized and destroyed by what amounts to domestic terrorism.

Anyone who can afford to buy a used history book at a thrift store can easily ascertain that many of these tactics are the bread and butter activities out of the communist play books of old. Drive a division between people, teach hate, oppression and resentment and cause a democracy to burn its cities to the ground and thereby you will destroy them from within.

So what's the choice? Politicians who run for office promising to protect monuments and history and who then yield for cheap photo ops and political expediency? Violent protestors who secretly embed with those seeking peaceful change to destroy and pillage cities? Or is there a better way?

I had a science teacher at the old Middle School in Atmore back in the 1980s who I had the great pleasure of reconnecting with a few years ago. At the point in time I was in his class, the area was probably about ten years removed from integration. I never considered that he and I had a different skin color, I just considered him to be a brilliant teacher. We briefly discussed things that were happening in the world and he said to me, "In the days my students were at the Middle School we all found a way to get along didn't we, and work things out?" How wise and true were his words. At the time of our reconnection, he was 30 years removed from our days in the 7th grade science class of the early 1980s. There was a time in this country, not that long ago, when we respected one another and their view points. We respected the history of all Americans. Yet now much of that is being replaced by hate, shame and labels.

My questions are, "Why can't we respect the things that make us different and which at the same time make us collectively great?" "Why can't we each respect the fact that America is really a mosaic and the accomplishments and struggles of one group shouldn't be seen as something to hate but rather something to understand and learn?" I think if we started at those two points we'd have a better, peaceful start to healing this country than what we have now as the remain of America's once great cities set in mounds of ashes and destruction.