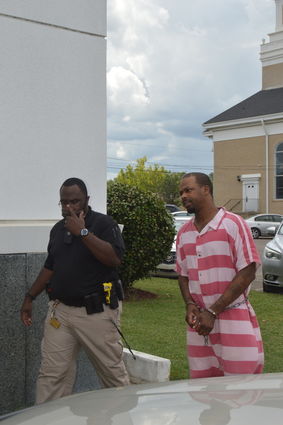 An Atmore man with a prior violent conviction has been arrested and charged with murder for the April 25 shooting death of Desmond Deshun Dirden, 33, also of Atmore.

During a bond hearing last Friday, Assistant District Attorney Todd Stearns told District Judge Eric Coale that Crenshaw had three prior felony convictions. He told the judge Crenshaw had been arrested for murder in a 2011 case involving a firearm and pleaded guilty to manslaughter in 2013. He also said Crenshaw...