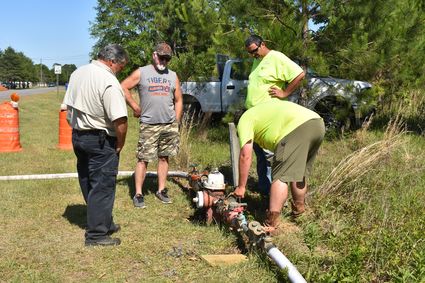 Last week, the well at Century Correctional Institute (CCI) off Tedder Road began failing and the town of Century's other wells could not provide adequate water to the facility.

In response, the town of Century and CCI authorities contacted Central Water Works, to connect to a waterline that runs along Tedder Road.

"They have some issues with the well," said John Godwin, operations manager at Central Water Works. "We've provided them water through two 2 ½-inch fire hoses, which is metered. We have supplied them water, but they do have a leak inside the prison they are still working...