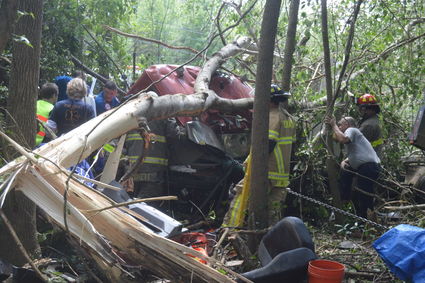 A Greenville man who crashed his semi-truck into a wooded area off Highway 29 in Century was pronounced dead a few hours after the crash.

John Rivers, 59, was pronounced dead at Atmore Community Hospital, according to reports released by the Florida Highway Patrol.

According to reports, Rivers was northbound on Highway 29 near the intersection of Pond Street in an empty log truck when he veered across the southbound lanes and collided with the trees.

It took emergency personnel almost two hours to free him from the wreckage. He was transported from the scene to the hospital, where he was pr...