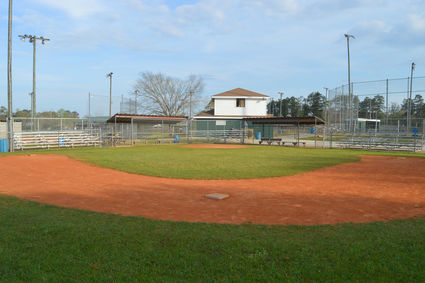 Governmental bodies on the city, county and state levels have declared states of emergency in wake of the coronavirus COVID-19 pandemic by shutting down municipal complexes, courthouses and other government-owned properties leaving only essential services in place.

The shutdowns in the area began Monday when Escambia County (Ala.) Circuit Judge Dave Jordan announced that all court cases had been canceled until further notice. He did state that the court system will remain open but no jury trials would take place.

Orders from the Alabama Supreme Court and the Administrative Office of Courts also suspended all municipal courts.

Monday afternoon, the town of Flomaton held an emergency meeting and declared a state of emergency that closed town hall, the library, the SAIL center, the welcome center and all parks.

Municipalities across the area have followed suit but will have personnel working and accepting utility payments through the drive thru windows.

The Escambia County Commission voted to close the courthouse Tuesday afternoon. Telephone numbers will be posted on the front door of the courthouse for residents to call and gain entry into certain offices such as the circuit clerk's office, district attorney's office and tax collector's office.

During Monday afternoon's special meeting in Flomaton, Mayor Dewey Bondurant, Jr., said the SAIL site will be closed but meals will be served.

Bondurant said meals will be handed out outside the SAIL center and workers will be delivering meals to seniors who can't get to the center.

The mayor said since the library will be closed, those employees would be available to deliver meals to the elderly at home.

The action followed a decision by the South Alabama Regional Planning Commission to shut down senior citizen centers, but to-go meals would be provided.

The council also voted to close all parks, including Hurricane Park, to the public. Within 45 minutes after Monday afternoon's meeting the parks were closed and tape was placed to tell people to keep out.

While most closures had a timeline until April 16, Mayor Bondurant said that timeline could change depending on the virus.

At this time all youth sports activities have been cancelled until further notice.

"All this action is temporary," Mayor Bondurant said. "We need to do everything we can to keep our citizens safe."

He encouraged everyone to follow the recommendations of health officials by washing their hands regularly, practicing social distancing and avoiding crowds of more than 10 people.

Flomaton Town Attorney Chuck Johns also recommended that the fire department, especially the town's one paid fireman, not respond to medical calls during this time.

Police Chief Chance Thompson said officers will respond but will remain outside the homes and maintain a safe scene and only enter if needed.

Utilities Superintendent Shaun Moye also said with the shortage of toilet paper, people do not need to be flushing rags or wipes down the toilet. He said this could cause major problems with the sewer system and said people should use toilet paper only.

Noting things change daily, the emergency declaration declared by the council allows for the mayor to order specialized equipment and other supplies needed in association with the virus outbreak.

During a meeting Tuesday afternoon, the Escambia County (Ala.) Commission also passed an emergency declaration shutting down the courthouse to the general public beginning Wednesday morning.

However, basic services will still be available.

Telephone numbers will be posted on the front of the courthouse for people who need to access offices inside the courthouse. Someone will let them in to do their business and then they must leave.

Pettis said he's certain he will receive some guidance from the state concerning vehicle tags and other things, but he does have timelines to follow that are mandated by law.

He also noted he is fast approaching the deadline to pay past due property taxes before those properties are auctioned off.

Pettis said he was fine with shutting down the courthouse as long as a few people are allowed in at a time and security was in place.

"We either close it or keep it open," said Commission Chairman Karean Reynolds. "That's our option."

Jordan said while the court system can't close, all cases have been suspended at this time by order of the Supreme Court.

"We cannot close the courts under constitutional mandate," Jordan said.

He said the circuit clerk's office must remain open.

Fountain said he will be in his office and people needing to access the court can call him on the number posted out front and they will be let in.

Jordan also said at least one judge would be available during normal operating hours at the courthouse.

Fountain also said he has the issue of the upcoming runoff elections on March 31 and people wanting to cast absentee ballots. He said while he's heard there is a possibility the runoff date will be moved, he's not received any official notice and he's proceeding as if the runoff will take place on March 31.

Agerton said if the state goes forward with the March 31 runoff there are going to be major problems.

"If they make us have this election it will be an absolute train wreck," Agerton said. "We'll have voting places with nobody working."

He said most of the poll workers are elderly and they don't want to be exposed to the virus.

"If we have this, it will be a nightmare," he said.

After learning Wednesday the primary runoffs had been moved to July 14, Agerton said he may face the same problems then.

"Older people are more likely to have severe complications from things like this," Agerton said. "July 14 sounds like a long way off, but it's not and a lot will depend on where we are at that time."

County Clerk-Administrator Tony Sanks said his best advice is to err on the side of caution.

"This is unchartered territory in our lifetime and we haven't had to go through anything like this," Sanks said.

He said while there hasn't been any confirmed cases of COVID-19 in Escambia County, someone in the room could have it and not know it.

He said he learned earlier in the day that only 10 percent of the hospital beds in Birmingham are available and the healthcare system could be overrun.

"We need to make ever effort we can to prevent contact with the public," Sanks said. "It's not time to panic, it's time to make smart decisions."

He also said he didn't feel totally safe in the room Tuesday with so many people.

Sanks recommended closing the courthouse to the public and allowing the elected officials to take care of their offices.