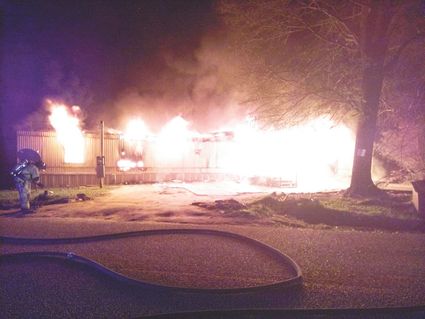 A fire in the early hours Tuesday left a mobile home destroyed on Martin Luther King Drive in Flomaton, although no one was injured.

At 3:20 a.m., Jan. 21, Flomaton Fire Department responded to a 911 call that a mobile home at 820 Martin Luther King Dr. was on fire. Fire Chief Steve Stanton arrived on scene a minute later to find flames coming out of the front door. He said it took about an hour to get the blaze under control.

One female occupant was able to escape the fire without injury.

The cause of the blaze is not known at this time as the investigation continues. The American Red Cross has been called, Stanton said.