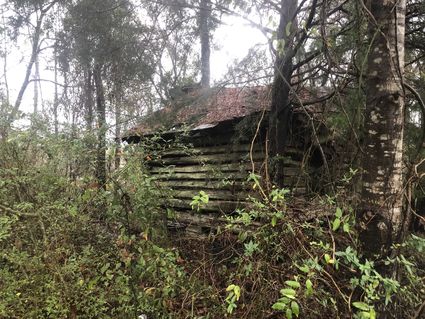 Ruins of old log barn near Franklin, Alabama. The woods of SW Alabama are full of reminders of our not so distant past.

The War Between the States (Civil War) had the dual effect of altering the fortunes of men and communities alike. Prior to the war, some rural communities experienced the spring time of their existence only to later find that existence cut short by the advent of war and history.

Other small communities prospered for a time after the war due to a variety of reasons and eventually succumbed to other historical, social, and economic effects years later. Still other rural communities were devastated by disease.

Many of these tiny communities have long since been forgotten. The following is a...