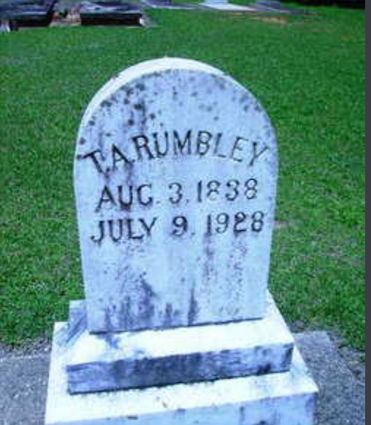 Grave of T A Rumbley near Burnt Corn

Heck Rumbley of Monroe County, Alabama set down for an interview with The Monroe Journal in 1966 regarding his father, Thomas A. Rumbley, who was a surveyor, a tax collector and a Confederate veteran who lived into his 90s.

Many tales of The War Between The States were recounted to his son, yet it was one amazing story that created a decades long question for some in the Monroe County area.

In 1893, Thomas Rumbley told the following story to The Claiborne Southerner in hopes of locating the ow...