Cougars take down Royals in 38-20 victory 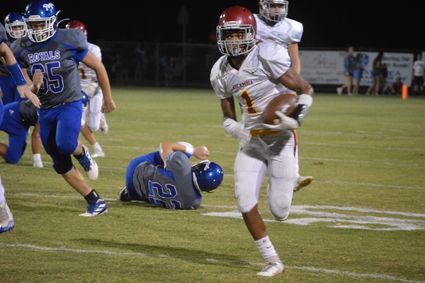 JAY – Escambia Academy took a 38-7 lead into the fourth quarter at Jay Friday night before the Royals rallied with 13 points but it wasn't enough as the Cougars captured the 38-20 win on the road.

Jay will travel to Baker this Friday night while Escambia Academy will host Patrician Academy.

The Cougars capped the drive on a 2-yard touchdown run by Daughtry McGee. Landon Sims added the PAT and with 8:14 left in the first quarter, EA led 7-0.

Jay was held to a three and out on its first possession and forced to punt giving EA the ball at the Jay 34-yard line.

Jay's defense held the Cougars on their next possession and the EA punt went into the end zone to give Jay a first down at 20-yard line.

Both teams swapped punts before Jay took over at its own 23-yard line with 2:38 left in the first quarter.

On first down Jay quarterback Judd Smith hit Brent Eister on a 77-yard touchdown pass. The PAT was good and with 2:22 left in the first quarter the game was deadlocked at 7-7.

The tie was short lived after Wheat received the kickoff and ran it back 72 yards for a touchdown. Sims added the PAT and with 2:08 left in the first EA led 14-7. 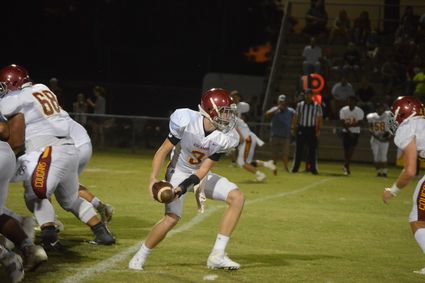 On the third play of the third quarter, EA's Wheat scored on a 38-yard run and following Medea's PAT the Cougars had stretched the lead to 38-7.

Jay's fourth quarter rally began with Connor Roberts scoring on a 5-yard run and the PAT made the score 38-14.

Smith hit Cole Dunsford on a 10-yard touchdown pass with 4:32 left in the game. The PAT failed, leaving the score 38-20, which is how the game ended.