Plane goes down along river bank 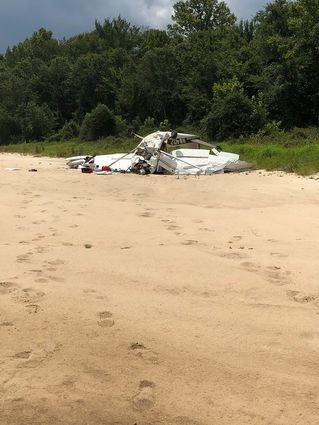 Plane crash on the bank of the Escambia River near Jay, Fla., Tuesday afternoon

A Pensacola man remains in the intensive care unit at Sacred Heart Hospital in Pensacola following an airplane crash Tuesday afternoon when the plane hit two power lines crossing the Escambia River causing his plane to crash into a sandbar on the river's bank.

The pilot has been identified as Scott Nee by Freddie Wayne McCall Jr., who serves as the Fixed Based Operation Manager for the Brewton Airport.

Emergency personnel were dispatched about 1 p.m. Tuesday when officials realized the airplane that was heading from Brewton to Pensacola had crashed.

McCall, who said his family owns the airp...