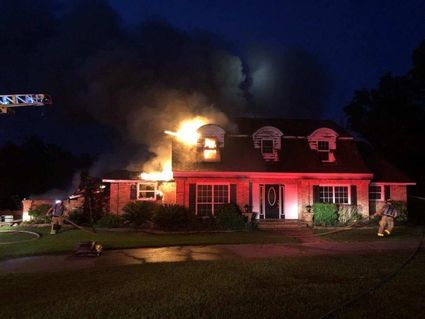 Multiple fire departments and emergency agencies responded to a 911 call about a structure fire round 4:30 a.m. last Monday morning in Jay.

According to Jay Fire Department Fire Chief Tony Simmons, when firefighters arrived at a two-story house located at 4391 Curt Lane in Jay, the home's garage was fully involved. The fire then spread to the upper floor.

"The residents were there," said Simmons. "There were no injuries, and everyone got out safely. It took about four hours to put out the fire."