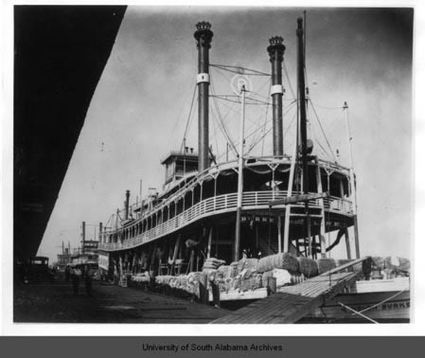 Riverboat in Mobile near the area of the blast

Federal forces assumed control of the port of Mobile following the evacuation of Confederate forces at the close of the Blakley campaign. A war weary populace watched as the blue coats marched up the Mobile streets which had, just weeks before, been the last Confederate port to hold out against the Union navy.

After several weeks of occupation, the Union forces had stockpiled supplies and weaponry in the numerous water front warehouses. The Union forces soon created a magazine, or ordnance depot in the area of Beauregard Street.

Soon the days began to take on a sense of normalcy. Commerce,...