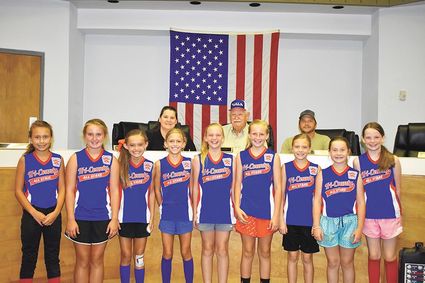 The Jay Council Monday night voted to donate $1,000 to the Jay Tri-County All-Stars 10u (10 years and under) softball team as it is headed to compete for the state title this Friday, July 5, near Fort Myers, Fla. The town had money left over from the cost of the fireworks, so it is in the budget, according to Operations Manager Eric Seib.

Coach Jeff Hawthorne said the girls had a car wash at Jay Town Hall last weekend and raised abut $900. The team had to buy new uniforms, which cost about $450. Other costs include hotel rooms, food and gas for the trip. The team will travel the 590 miles a...