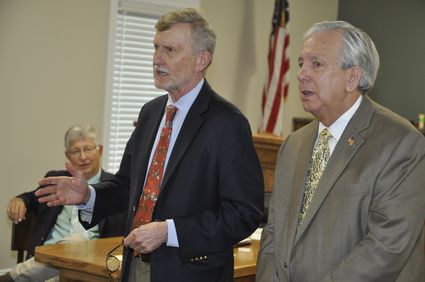 After a full day last Thursday and an open forum during Monday night's Flomaton Town Council meeting, the council decided to study and make a decision on whether or not to proceed with adopting Form Base Code for the town limits.

John Robert Smith, who used the Form Base Code to transform downtown Meridian, Miss., during his 16-year tenure as mayor of that city, spent last Thursday meeting with business leaders, property owners, citizens and the town council. Smith was joined by Tuscon Roberts, an economic developer.

More than 25 people showed up for last Thursday's meeting at town hall as...