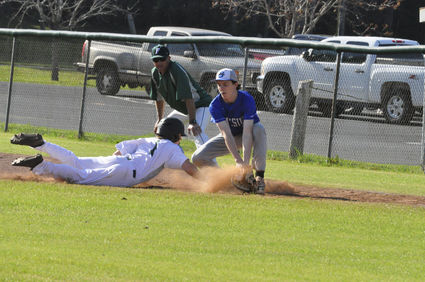 Flomaton High School's chance of winning the area title and hosting an opening round playoff game took a hit Friday night in the rubber game of a three-game series against Bayside Academy with the Admirals winning the nightcap of a double header 6-3.

This past Thursday, Flomaton lost to Bayside 2-1 in eight innings at Bayside. The Hurricanes bounced back to defeat the Admirals 12-4 in the opening game Friday in Flomaton. Then in the tiebreaker game, Bayside defeated the Canes 6-3.