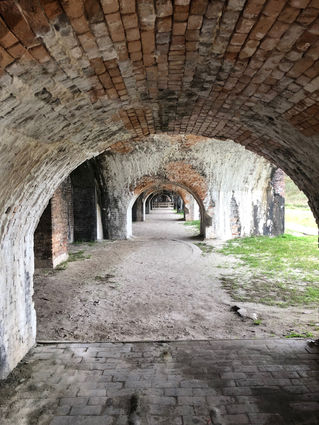 Fort Pickens was a Union stronghold in 1861

The South had warned that any Federal efforts to re-supply US coastal fortifications would be considered an act of war. During this time a string of forts stretching from Virginia to Texas guarded the Southeast from foreign attac...