Brewton man freed on bond, back behind bars after new charge of molesting young boy filed 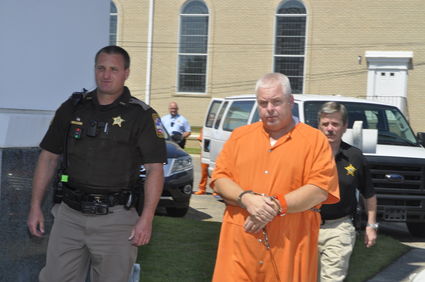 Smith escorted to the Courthouse in 2017

A Brewton man who has been behind bars for about two years accused of sexually molesting four young boys was out on bond for two days before being arrested after a fifth victim came forward claiming he was abused while he was 12 to 14 years old.

William Douglas Smith, 57, was ordered last week to be held without bond on the new charges.

Following a bond reduction hearing, Smith was released on $125,000 bond on Jan. 22, but was rearrested on Jan. 24 on sexual abuse I charges on a warrant signed by the Escambia County Sheriff's Office. During a bond hearing Friday before Circuit Judge Bert Ri...