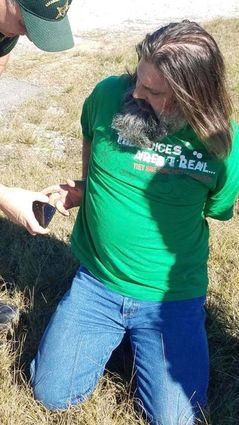 A wanted Pensacola man who made threats of killing any law enforcement officer he saw was taken into custody Sunday morning in Flomaton and now faces additional charges after two officers were injured during the arrest.

Flomaton police stated they received a 'Be On the Lookout' from the Escambia County (Fla.) Sheriff's Office in reference to Ward. Ward's blue Ford Explorer was spotted on Highway 113 and police initiated a 'high risk' traffic stop.