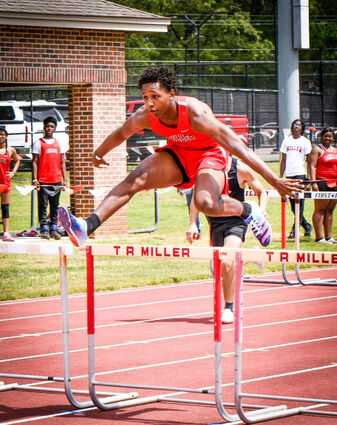 Bell competed in track the day before accident

The faculty and students at T.R. Miller High School, along with other friends and relatives, gathered Wednesday afternoon to celebrate the life of Lavarius Bell, Jr., who died Friday, less than a week after being pulled from the Gulf of Mexico at Fort Pickens.

Bell, 16, was a freshman at T.R. Miller. He and four friends were at the Fort Pickens beach Sunday, April 24, when he apparently got into trouble with the currents in the gulf.

Bell and another student were taken to Pensacola hospitals by helicopter and two others were transported by ambulance. The other three student were released fr...