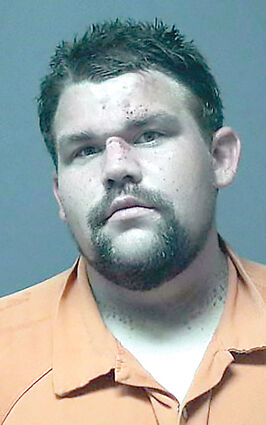 A Flomaton man was jailed on $50,000 bond after being arrested for unlawful possession of methamphetamine with intent to distribute.

Atmore Police Chief Chuck Brooks said officers initiated a traffic stop near the intersection of Highway 31 and Swift Mill Road on a vehicle with an expired tag. Turk was a passenger in the vehicle.

Turk apparently had plastic bags in his back left pants pocket.

Brooks said once the vehicle left the scene officers found two baggies containing 19.1 grams of meth on the ground where Turk had been standing.

During a bond hearing March 30 before District Judge Eric Coale, Turk stated he had no job or income and requested a court-appointed attorney. Coale set the bond at $50,000 and appointed the public defender's office to represent Turk.

It was noted in court records that Turk was on probation at the time of his arrest.