Broox Garrett, Sr., is named to the Lawyers Hall of Fame

Becomes first attorney from Escambia County to get the honor 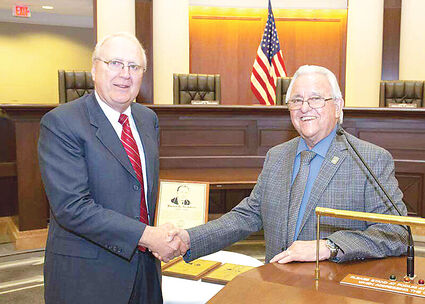 Broox Gray Garrett set his own history in motion as an attorney in Brewton for about 50 years from 1939 to 1988 to only be interrupted from his lawyer duties for four years of active duty in the Navy during World War II.

Garrett recently became the first attorney from Escambia County to be named to the Alabama Lawyer's Hall of Fame. Born in 1915, Garrett died in 1991, Garrett was officially inducted in 2019 but COVID-19 postponed the ceremony until recently.

Brewton attorney Evertte Price, who recently turned 80 years old, practiced law with Garrett from 1969 to 1977 and learned to respect...