Gaming back on table in Alabama Legislature 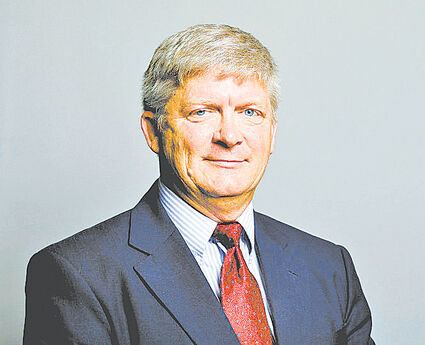 State Sen. Greg Albritton has introduced a bill to not only create a state lottery, but also open options for casino-type gaming at certain places across the state.

Should a gambling bill be passed by the Legislature, it will require a constitutional amendment that will be on the November General Election ballot for voters to decide.

"We've got gambling now and no control over it," Albritton said. "The gaming bill establishes the right and the statute gives the state control."

"We've got gambling now and we have no control and we don't get any revenue," Albritton said.

Albritton said some members of the House of Representatives began complaining that he and the Senate sent the bill to them so late in the session.

"They were telling me it was too controversial and they didn't want to deal with it during an election year," Albritton said of House members. "Then they dropped a lottery only bill in the House. They are telling me one thing and doing another."

Albritton said with the House dropping a lottery only bill that branch of the Legislature told him they recognized the problem of unregulated gambling and felt the state needed to get control.

"If people think we don't have gambling in this state, they are blind," Albritton said. "I'm trying to bring it under control and get tax dollars back to the state."

Albritton said he has proposed a bill that will not only give funds for college scholarships, but will fund dual enrollment for high school students, mental health issues, law enforcement and local governments.

"We are suffering some of the effects of gaming right now, but we're not generating any revenue from it," he said. "If my bill passes, the state will take control and get paid for it."

The last time the Alabama Legislature approved a lottery bill was in 1999 during Don Siegelman's administration. However, the measure was defeated at the ballot box.