Blair feels his experience is key to position 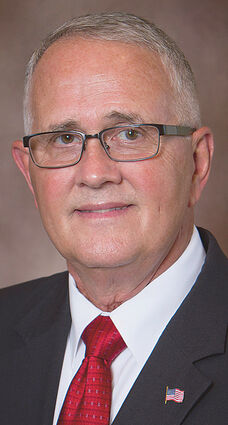 With more than 46 years in public service, Billy Blair is hoping to continue that service as the District 3 representative on the Escambia County Commission. Blair is seeking the Republican nomination for that seat in the May 24 primary election.

"After 46 years of public service on the city, county and federal levels I am uniquely qualified to serve as County Commissioner for District 3," Blair said. "I have managed thousands of projects, hundreds of employees, and millions of dollars annually and received awards for efficiency and improved operations. I am a Christian, grew up in this county, and attended public schools in Escambia County."

"Politics a lot of times is a popularity contest," Blair said. "I am running on my merit and want you to consider me on my qualifications, not because you don't like someone else running for the same office."

Blair said he has voted for Republican candidates since he was old enough to vote for Richard Nixon.

Blair said he began his public service as a Boy Scout and earned the rank of Eagle Scout.

"I graduated from W.S. Neal High School, attended college at Jefferson Davis and earned a bachelor's degree and master's degree from Troy University," Blair said. "I studied accounting and business my first two years and took business classes when I earned a master's. That education helped me to be a successful manager with the government and will help me as your commissioner."

Blair retired from ATF noting he prepared his budget when he supervised the Mobile field office.

Blair has served as a first responder as an EMT, police officer and sheriff's deputy. After retiring from ATF, he moved back to Escambia County and began training investigators with the Escambia County Sheriff's Office as a part-time contractor in 2013. He later earned the rank of lieutenant and captain and supervised investigations until 2020 when Sheriff Heath Jackson tapped him as major.

"I will work with the other county commissioners, county department heads, city leaders, school board, and all the citizens of Escambia County to enhance the quality of life for all of us citizens," he said.

In outlining why he's running for county commissioner, Blair stated:

- I want our county to help provide better fire protection, emergency management, and more access to water for fire departments to lower the insurance rates of homeowners and better serve the citizens in rural areas.

- I want the county to provide better storm preparation and storm response.

- I want the county to plan for better traffic flow on commerce arteries to our cities and industries.

- I will promote cooperative management with the County Commission and County Departments.

- I want to attract new businesses and more jobs to the county especially in the Flomaton area of District 3.

- District 3 touches every city in the county. I will work with all of our city leaders.

- I support the construction of a new Sheriff's Office and County Jail.

- I support improved mental health services in our county.

- I want the citizens informed of the amount of revenue that is taken in by the county each year and provide the citizens a report on where their tax dollars are being spent.

- I will work to prevent waste, fraud, and abuse of your tax dollars.

"I will treat every citizen and county employee with the respect and courtesy you deserve.," Blair said. "I will promptly respond to the needs and concerns of everyone."

Blair and his wife Marie, who is a retired RN, have two sons who are both engineers.