Trainer jailed for sex with a minor student 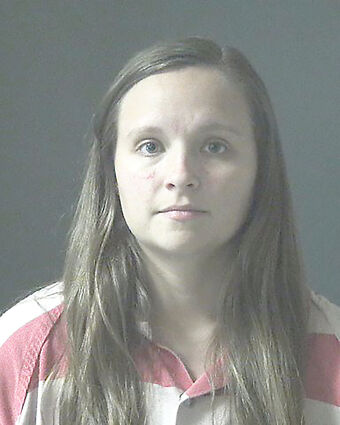 A Flomaton High School graduate, who served as physical therapist through the Andrews Institute and Baptist Health Care, was arrested Dec. 9 and charged with a school employee having sex with an FHS student under the age of 19.

Johnson, who graduated from FHS in 2013, was employed as a physical therapist through Andrews Institute, but was not employed by Flomaton High School or the Escambia County (Ala.) School System. She was working as a physical therapist for athletes at Central High School in Milton but also volunteered at Flomaton. She and other Andrews Institute employees were on the sidelines during Flomaton football games to deal with players with injuries.

Escambia County (Ala.) Sheriff Heath Jackson said his office received a formal complaint on Nov. 15 that Johnson had an inappropriate relationship with a student at Flomaton.

Sheriff Jackson said Johnson was a sport's trainer on loan to Flomaton from another school system, assisting Flomaton athletes.

Court documents state from about Nov. 8 to Nov. 21 Johnson had sexual intercourse with a Flomaton student under the age of 19. The student was 17 at the time of the alleged incident.

Sheriff Jackson also said the alleged sex between Johnson and the student did not occur on the Flomaton campus.

Although the legal age for consent for sex in Alabama is 16, Johnson was charged under an Alabama law that makes it illegal for "a teacher, school administrator, student teacher, safety or resource officer, coach, adult volunteer in a position of authority or other school employee engaged with a male or female student under the age of 19."

During a bond hearing Dec. 10 before District Judge Eric Coale, District Attorney Steve Billy asked the judge for a bond of at least $150,000 and asked that if she got out she's to have no contact with anyone under the age of 18.

Sheriff Jackson also asked that a stipulation be added that she would not be permitted on any school property or attend any school events in the county.

Brewton attorney Cierra White, who is representing Johnson, told the judge her client has no criminal record and said the bond schedule called for a bond of $5,000 to $30,000.

White also noted the allegations were not violent and said Johnson was employed and would remain employed.

Billy stated he felt Johnson was a danger to society and stuck by his bond recommendation.

White said she had no problems with the bond stipulations outlined by the district attorney.

Coale set Johnson's bond at $100,000 with the stipulations requested of her having no contact with anyone under the age of 18 and not going to any school campus in the county or school event.

If convicted as charged with the Class B felony, Johnson faces a prison term of two to 20 years and will have to register as a sex offender.