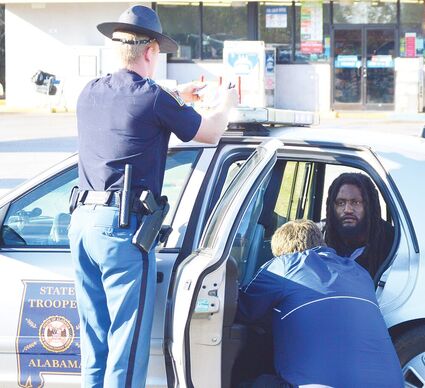 A Pensacola man who led state troopers on a high speed chase Sunday afternoon on Highway 113 in Flomaton and eventually crashed into a vehicle on Highway 31 now faces multiple charges including unlawful possession of a controlled substances including methamphetamine and cocaine.

Adrain Kiwane Hale, 24, 8555 Untreiner Ave, Pensacola, is accused of crashing into a vehicle occupied by an Auburn couple who was stopped and attempting to make a left turn off of Highway 31 onto Highway 113.

A release from the Alabama Law Enforcement Agency said Hale was charged with attempting to elude, reckless...