Back to the capital 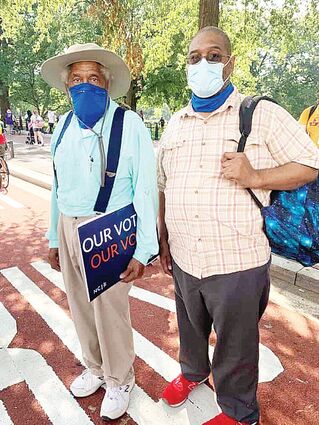 Flomaton resident Ted Dean said he was watching TV last week about the March On For Voting Rights being held in Washington, D.C., Saturday and he told his wife Lillian "I'm going to Washington this weekend".

Dean was among those who marched on Washington on Aug. 28, 1963 with Dr. Martin Luther King Jr., with blacks demanding equal voting rights. During the 1963 march, Dr. King delivered his famous 'I have a Dream' speech to the large crowd at the Lincoln Memorial.

Saturday's march was exactly 58 years later. Many credit the 1963 march that led to the Voting Rights Act, approved in 1965.